With focus on Frontend Development and UX

In this blog you can find information about my activities and events. Please feel free to subscribe to my RSS, as well as follow and share.

18.08.2015
Does your company have a positive image?
Would you like to be recognized as art & culture mécénat?
Even small investments can bring numerous benefits. 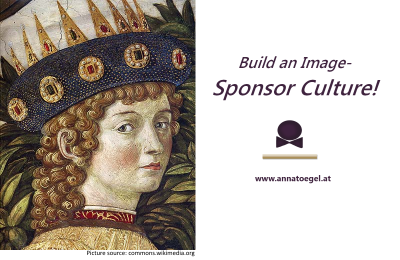 On this image you can see Lorenzo de' Medici (1449 –1492) - a great mécénat, patron of scholars, artists, and poets of Italian renaissance. His magnificent name is still considered to be the greatest among the art and culture supporters. Through the centuries, being known as Lorenzo il Magnifico - he earned immortal image in the hearts and minds of millions of admirers. Thanks to his sponsoring we know artists such as Botticelli and Michelangelo. Who knows, maybe we discover a new talent these days as well? Without your help, this will not be possible.